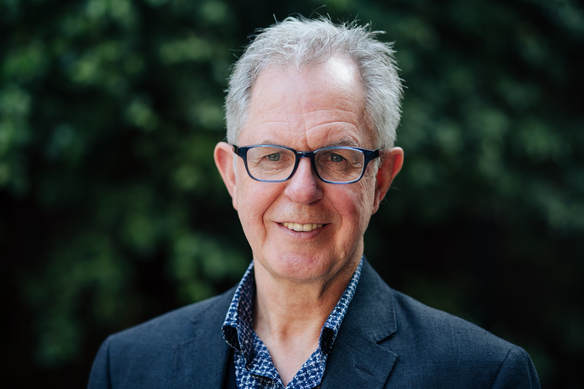 In your book Collaborative professionalism you talk about the 4 Bs (before, beyond, besides, betwixt) that must be taken into account before embracing a change that has been successful elsewhere. How do you think taking into account those 4Bs can make a difference for us?

The point of the 4Bs is to help everyone be a systems thinker. This means that whenever you have a problem or an issue, you avoid rushing into action, if you can, open the problem up, and consider the different dimensions that might be affecting it and that might influence your response. We tend to think that systems thinking belongs to leaders at the top. They make the plans; other people implement them. But being a good teacher, and making good judgments, involves systems thinking too. 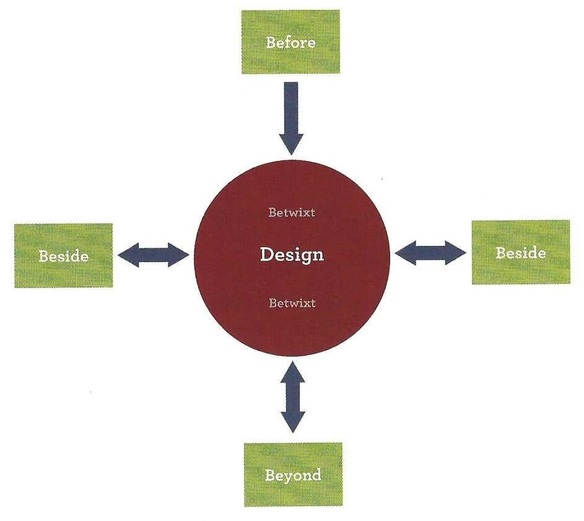 The 4Bs of Collaborative Professionalism

Whether you are developing a policy, implementing a policy, or creating a new lesson that has nothing to do with the policy, being a good systems thinker is a vital skill. It can help educators consider how to implement a policy effectively, how to adopt an innovation in an intelligent way that is a good fit for the school, how to deal with a colleague who seems to be resisting change, and so on. I have attached some slides with questions for educators to ask when they respond to change that is happening with the 4Bs.

Schools can even teach young children systems thinking. If a peer suddenly gets angry, for example, what happened just before that moment or even earlier that day that might explain the outburst – perhaps an argument at home, or someone else insulting them. Who is beside this person, or not beside them – are they alone, or influenced by having to impress bad company? What’s betwixt their behaviour – how does their behaviour get influenced by success or lack of success in the curriculum? Are they taking their learning frustrations out on more successful students? And what is beyond this moment? Does the badly behaving child have any hope for the future, any opportunities that await them, or do they feel hopeless, or condemned to a poor life? So in addition to standing up to the school bully, children can also understand what triggered the bully’s behaviour and try to calm things down instead of overreacting. They can find a way to help them with their homework when they are struggling with their learning. And so on.

I try to use systems thinking in all parts of my own life. When my late mother was extremely ill in hospital in her 90s and was dealt with by a series of different doctors, I created a flow chart of her conditions, the interventions that had been made and the options that remained, which they really appreciated, although they had never seen anything like it before. For the first time,  the flow chart showed my mother as a whole person, not just a series of distinct medical conditions. Similarly, when I was trapped on a mountain overnight last summer with no tent, sleeping bag or shelter, the important thing was to figure out the choices and their consequences. Would I survive even if I was uncomfortable? (Yes, I could). Did I have enough food, water, and battery power for my flashlight? (Just!). What were the risks of coming down over rough terrain in the dark? (Higher than staying where I was). Was I able to inform people I was OK? (Just in time before my phone ran out of power). 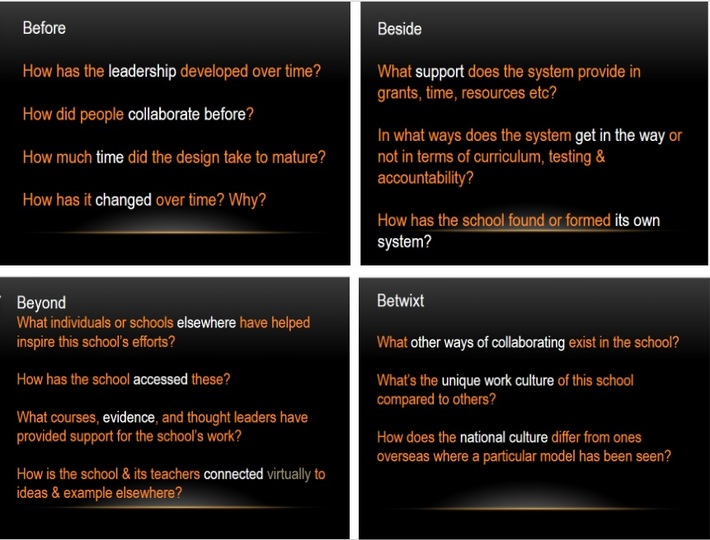 Some degree of accountability is necessary to evaluate the success of a system and to detect and correct its flaws. You have often commented on the shortages of standardized tests, PISA style. What alternatives can you suggest to our policymakers to help us know whether we are using the best practices?

First and foremost, teachers must be accountable to each other. This is sometimes called lateral or horizontal accountability. I call it responsibility. This kind of accountability requires four things – experience (of practising things to a point of great proficiency); inquiry (before making a big change or when things go wrong); research evidence; and addressing these things together, collaboratively rather than alone.

Next, teachers must be accountable to their students. This means increasing the importance of student voice. This means listening to students’ contributions respectfully. In a noisy discussion, the teacher should raise their hand and wait their turn too. It means apologizing for saying the wrong thing, or for making a mistake. And it means explaining what the point of the learning is that students are being asked to undertake.

Third, teachers are accountable to parents. During the pandemic, millions of parents watched teachers teach for the first time. Whether teachers taught well or badly online, most parents realized how challenging and complex teaching actually is. We shouldn’t lose this moment but work to improve continuous communication with and feedback to parents, especially digitally where that is possible, rather than just two or three meetings a year.

Last, is public and political accountability. It has a place, but is the least important of the four, and should not drive the other three. Here we need to ensure that metrics reflect the true goals of a nation’s schools and the breadth of their aspirations – to include student satisfaction, well-being, contributions to the community, global skills and so forth. OECD metrics are mainly driven by economic needs. The OECD is, after all, an economic organization. But schools systems must make sure they address the wider goals of the child’s development.

You say that to be fully equitable and inclusive, our schools must re-engage with working class identity. What changes in the curriculum do you suggest achieving that re-engagement?

In addition to re-engaging with working-class identity, schools face another challenge: as Owen Jones says in his book Chavs “The problem is that parents and children who are cynical about education have something of a point. [...] The disappearance of so many good, well-paid working-class jobs in communities across the country means it is difficult to see what lies at the end of school - other than supermarkets or call centers.” In the face of this harsh reality, how can schools contribute to keep working class kids engaged?

The working class is part of diversity. It should not be treated as an exception to diversity, and definitely not as an opponent of it. Not all working class people are poor. Some working class traditions historically created sustainable livelihoods and strong communities. The disruption of supply chains by the pandemic, climate change events, and protests against democracy mean that wherever possible, more manufacturing will come back closer to home. This will mean a renewal of working class jobs and careers. There are various consequences of this such as more status and resources for vocational education, including maker space learning from a very early age for all students, teaching about labour history and the misuse of labour such as in child labour overseas, studying who makes our clothes and what their conditions of work are, discussing the strengths and limitations of trades unions, including positive working class characters in children’s literature, developing narratives that social class has many colours now, and thinking systemically about how to improve everyone’s quality of work life to an acceptable standard (even if working in a call centre may not be your greatest passion in life). 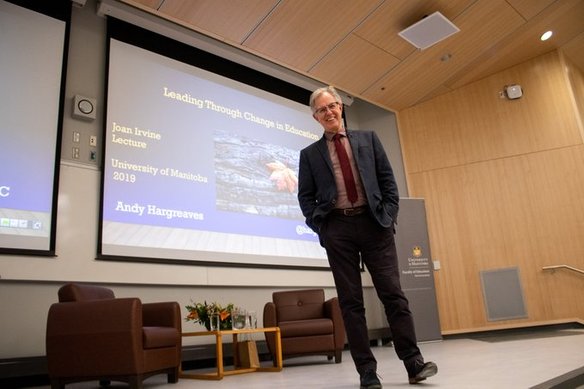 Can we engage students who are just not interested in school?

Many young people who are disengaged with school are not disengaged with learning. They might not like paper learning at school, but they might well enjoy working on their farm, improving their skills at football, looking after young children in their family, or getting to the next level on a challenging video game.

We have seen that in your books and articles you often use ideas and concepts in groups of three, like triads. We have found these examples particularly inspiring. Do you think such an essential formulation can help to align the vision of both policymakers and practitioners?

Some of the triads that appear in 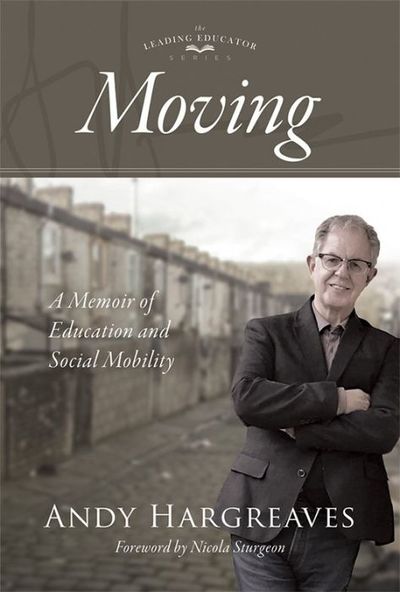 George Kelly invented personal construct theory in 1955. Included in this invention was a methodology known as the repertory grid. This involved showing people cards with words or images in threes – how do these two differ from the other one – over and over again. Using threes goes beyond binary thinking and leads to creativity and consideration of options. John Dewey took what other people thought were opposites, such as work and play, and combined them as both/and concepts. When there are opposites, I often try to have some empathy for both sides as a starting point, then search for something between and beyond them – in the middle, up a bit, and then moving to one side diagonally (that’s the creative part) that will address legitimate questions raised by both sides. This means trying to respect your opponents even though you may not like them. Sometimes I go beyond 3 – like the Fourth way or the Five Paths of Engagement (the evidence counts for a lot here) – but working in 3s rather than ones or twos is a more constructive way to begin. 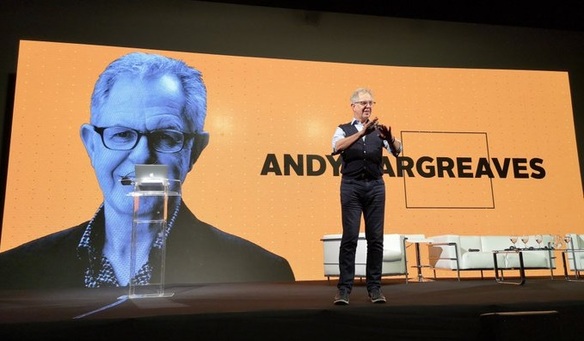